We are one of the leading Georgia tours operator & offer plenty of Georgia tour packages. We cover almost all Georgia cities & attractions.

We ensure you that with us you’re getting GUARANTEED LOWEST PRICE. You can match our charges against our competitors.

Being a reputation-conscious tour Georgia operator, we invest a lot of our revenues in buying the latest transport. All of our vehicle are up-to-date.

Our system let you book your desired tour package fast and easily. You can book your tour with us in just a few minutes and even get a quick confirmation.

We’ve professionally trained support team who are able to respond your inquires promptly and effectively. We ensure you that our support team will never misguide you.

All of our tour guide are local Georgian with fluently English speaking skills, experienced and passionate who love to share interesting facts with you.

To make your Georgia trip easier to experience and the best of what the country presents, we’re here to feature famous Georgia tour packages. Being a knowledgeable and specialized Georgia tour operator, we ensure you that at no stage during your trip to Georgia you’ll be disappointed. So book a holiday package to Georgia with us and uncover this spectacular land with rich history and appealing cultural traditions.

Our hiking tour to Gveleti & Juta let you explore the off the beaten track to Kazbegi. This hiking trip let you experience the Uplistsiche
$46
per person
view tour 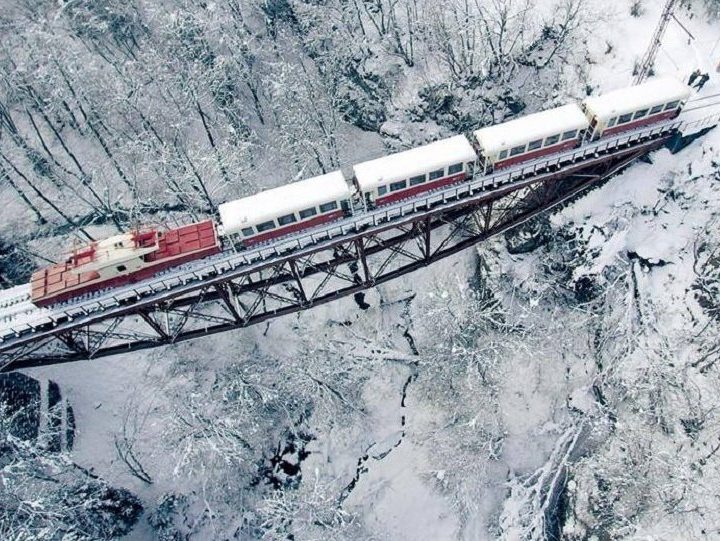 This full-day itinerary takes you to two equally magnificent areas of Georgia. First, travel by vehicle from Tbilisi to Borjomi where you can either walk
$47
per person
view tour

Full-Day Tour to Armenia from Tbilisi with Traditional Lunch 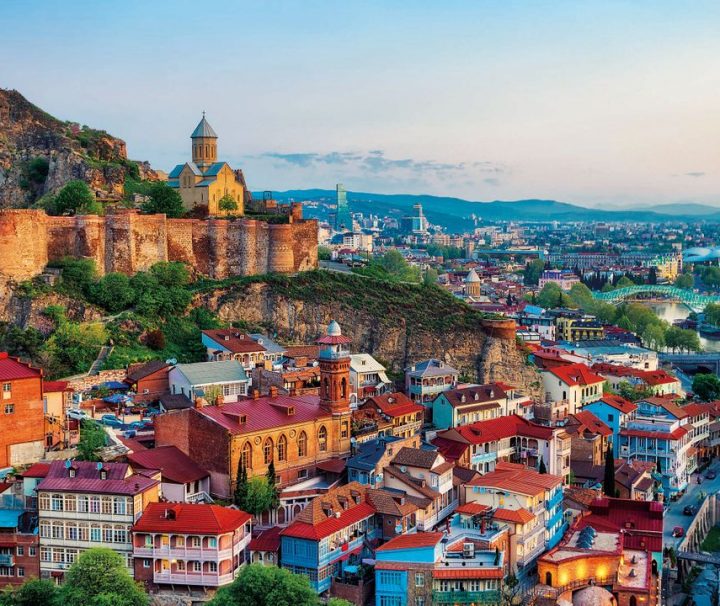 Enrich your knowledge about the Tibilisi city during this half-day Tbilisi city trip. You will be picked up from our pick-up point. Our Half-Day Tibilisi
$59
per person
view tour 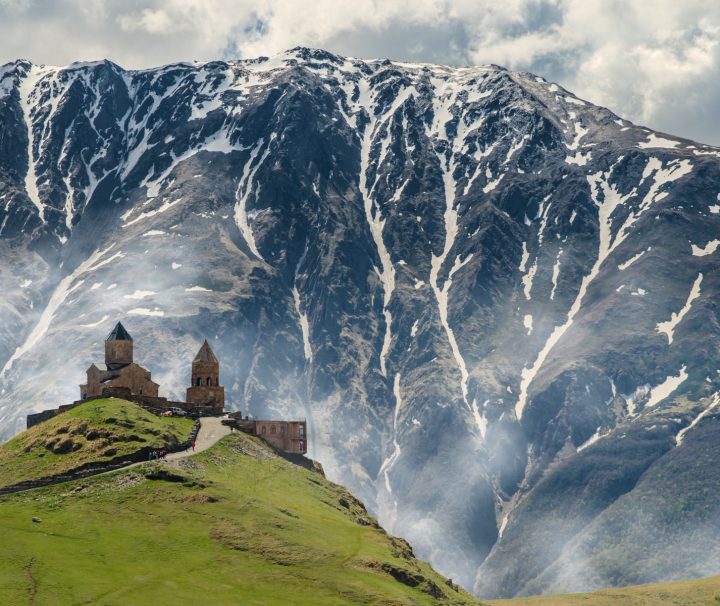 With a variety of exquisite landscapes in Kazbegi, it would be unfortunate if you visit Georgia and not visit Kazbegi. Located around 12 kilometres away
$26
per person
view tour 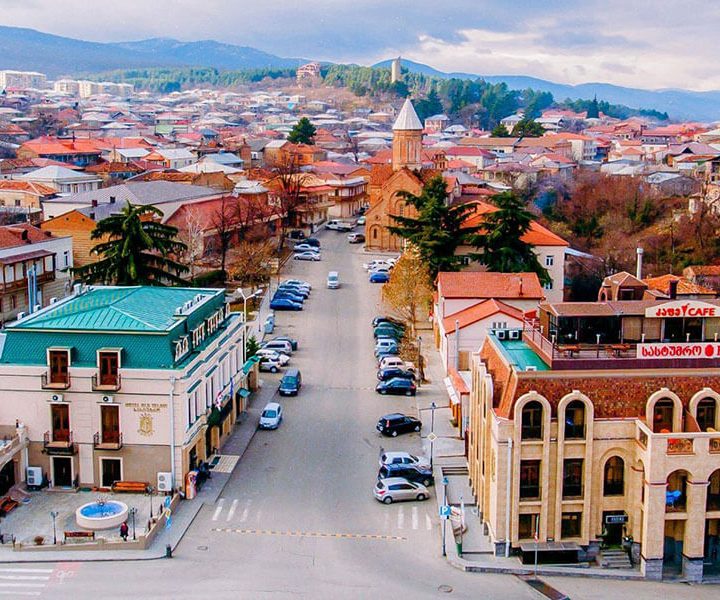 Although Telavi history goes back to Bronze Age, it attained glory days in the 17th century after becoming the capital of the Kingdom of Kakheti.
$99
per person
view tour 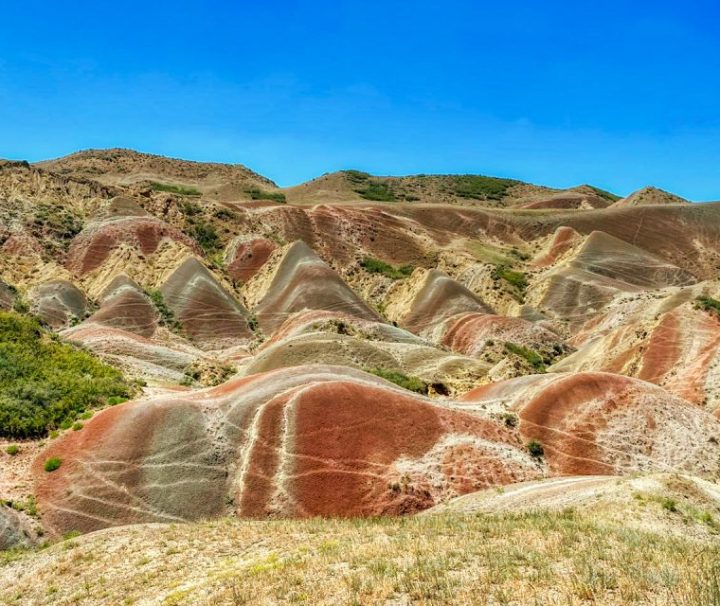 Located in the semi-desert between Georgia & the Azerbaijan border, it's widely thought that Davit Gareja was constructed in the 6th century by Assyrian priests
$43
per person
view tour 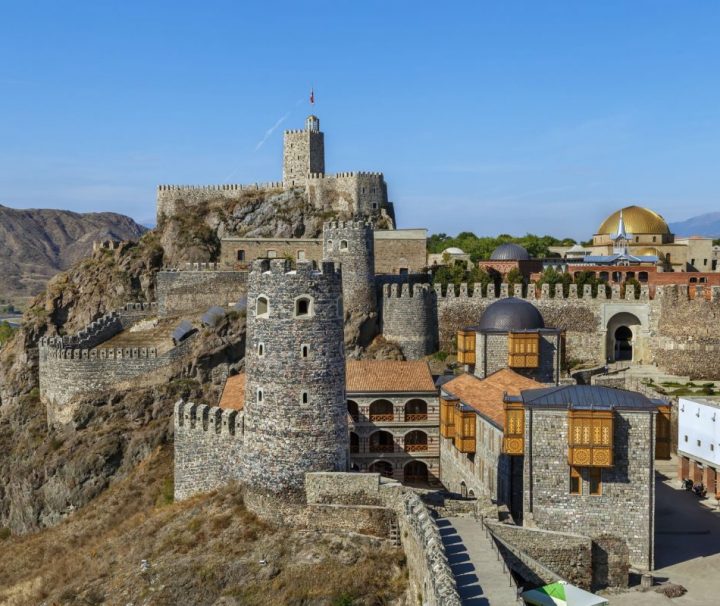 Vardzia is a well-known spectacular cave with amazing history. The belltower and the the southern part of church were constructed in the end of 13th
$38
per person
view tour 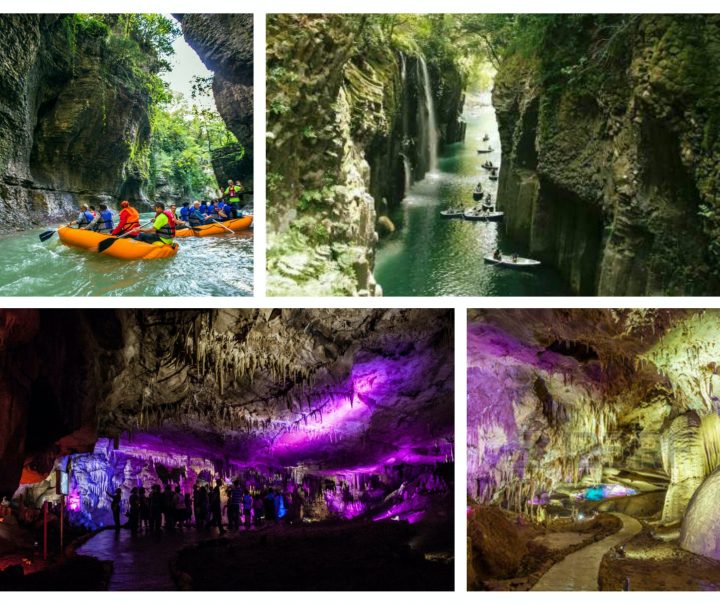 Uncover the natural wonders of Georgia, including the Prometheus Cave and Martvili Canyon. This phenomenal exploration of Georgia's nature will definitely make you dumbfounded. The
$57
per person
view tour 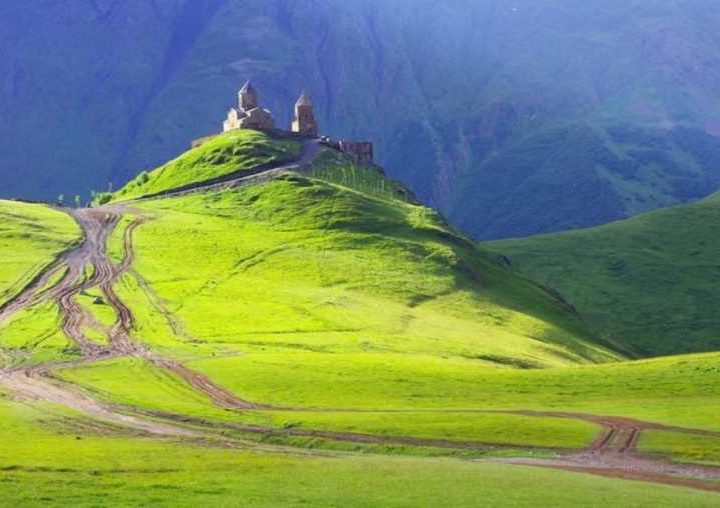 Discover the most picturesque Georgian high mountains of Kazbegi-Ananuri-Gudauri on a day trip. This one-day trip to the Ananuri-Kazbegi mountains begins from Tbilisi and gets
$27
per person
view tour

In this Georgia one-day tour you are going to visit Mtskheta - the ancient capital of Georgian kings to take pleasure from the astounding attractiveness
5.00 / 1 review
$28
per person
view tour

Those tourists trying to find a fun day trip with their kids should book the Tbilisi city tour. The city has outrageous Turkish-Russian style buildings
5.00 / 1 review
$59
per person
view tour 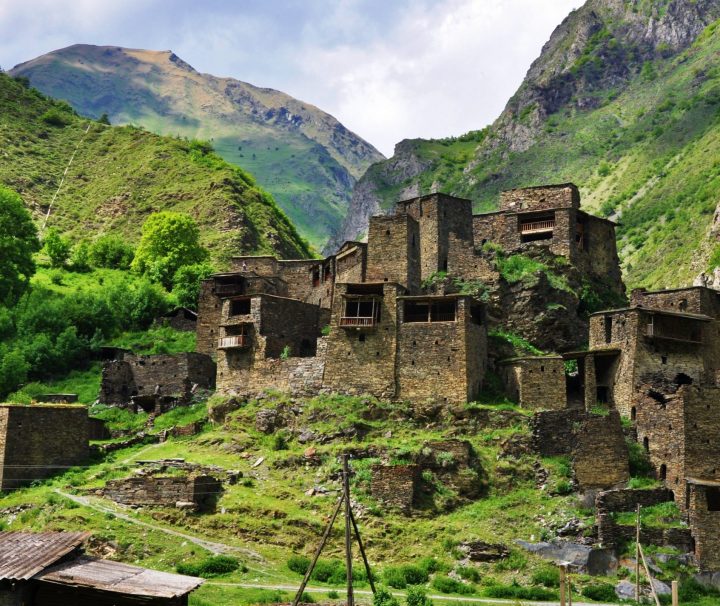 9 Days Hiking in the Georgian Caucasus

The trips start and finish in Kutaisi and provide the opportunity to make your way in an intriguing, off-beat region that's just being uncovered by
$1,390
per person
view tour 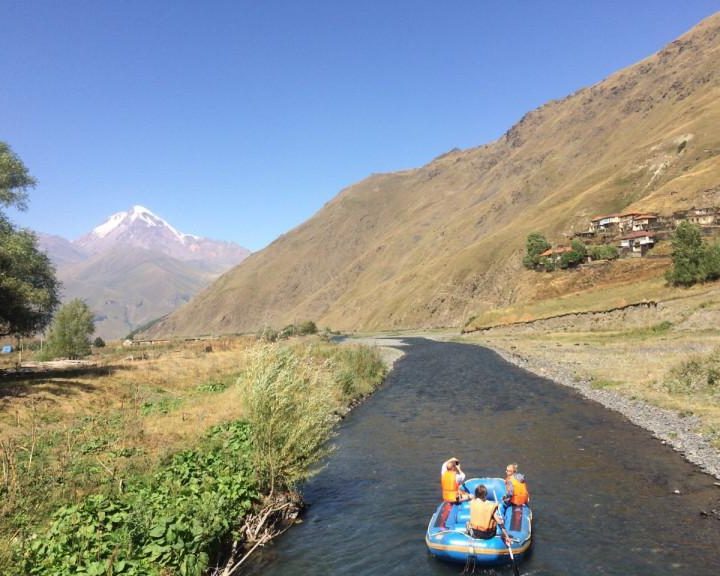 Rafting in the Truso Valley

Discover the origin of the Tergi River - Truso valley which is about 17 km south of Stepantsminda. The Truso valley is stuffed with ancient
$32
per person
view tour

Our zipline tour on Turtle Lake allows you to go higher and quicker than you generally get to experience just walking through living your life.
$25
per person
view tour

For those who are eager for hiking and adventures and would like to get away from noisy Tbilisi, then this tour is definitely for you!
$85
per person
view tour 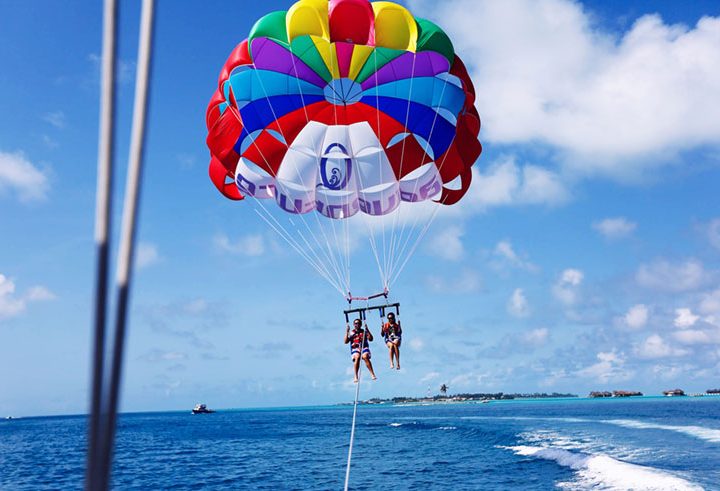 If you are searching for the new unusual tour in Georgia, take a look at the paragliding in Batumi. In a pair with an experienced
$39
per person
view tour

In spite of being situated in the Caucasus region exactly at the junction of Eastern Europe and Western Asia, Georgia is still largely anonymous to tourists outside of Eastern Europe and the Middle East, making it a special tour attraction in the region. Though Georgia is a small-size country, it is filled with tourist attractions such as ski resorts, deserts, Black Sea coasts and alpine zones. Apart from that, Georgia has several hiking and backpacking-friendly mountains, which makes it a heaven for outdoor camping lovers in the summer season. Whilst in winter months, these mountains are covered with spectacular snow-capped glaciers, crystal clear rivers, lakes and an abundance of wild animals such as bears, eagles, and wolves. As a former Soviet Union country and partial part of the Ottoman empire, Georgia is equally packed with ancient spots ranging from deserted industrial facilities to masterpieces of Soviet Modernism, Communist buildings to Russian-designed functioning infrastructure. During your trip to Georgia, you’ll encounter such conventional style artwork, but you’ll also observe modern building, particularly in well-developed cities such as Tbilisi. What’s even better, the Georgian people are friendly and even have a traditional saying that “Every guest is God-sent”. That means your trip to Georgia is actually a vacation into kindness and humanity. When compared to Western European cities, the crime rate in the entire of Georgia is fairly lower. Despite the fact that Georgia is broken down into 11 religions, about 83% of Georgian are Orthodox Christians, while Islam is the second-largest religion. Georgia on the North borders Russia and Turkey and Armenia and Azerbaijan on the South and East.

The historical record reveals to us that the Georgian nation has robust deep roots along with its ancient and rich cultural heritage. Aside, the Georgian language is also the oldest and the most interesting to hear. Similar to Arabic and English, Georgian does have its 33-letter alphabet believed to be in accordance with the variety of Aramaic spoken in the time of Jesus. Through the years Georgia has developed a reputation for being a friendly nation. Regardless of nationality, race, and religion, Georgian take care of all visitors with as much admiration as possible. Upon arrival, the guest is often greeted with refreshments to ensure that guests feel as cozy as they would be at their own residence. In addition to several other unique customs, Georgia also has a unique dinner tradition where dinner tends to last for longer than usual. Such big dinners are called supras, where a table is stuffed with diverse meals and guests sit around it for a long time. The coordinator of the supra, referred to as Tamada, is accountable for keeping the audience active while dining. Yet another unique custom that is widely practiced in Georgia is lighting on graveyards. Following Easter Sunday, local residents visit graveyards of their lifeless relatives to honor them. This tradition features a holy meaning for several Georgians.

Even though because of the foreign occupation Georgians had embraced the best of what the Greeks, Mongols, Turks, Russian, and Arabs had to offer, Georgians are proud of their distinctive dishes and tradition and thrilled to share them with curious visitors. Warm comfort food like khachapuri (cheese-stuffed bread), Khinkali, Qababi, and soup-like Lobio along with Adjika (Chili paste) and herbs like tarragon, flat parsley, dill, and coriander blended with walnuts are notable Georgian cuisine. In Georgia, livestock is still a lucrative employment opportunity for thousands of Georgians as used in various types of dishes like Guda cheese and Sulguni. Aside, in Georgia everyone loves beef, and it is used in an assortment of sauces and spices, soup, roasted, etc. In addition to dairy and meat foodie lovers, Georgia is also a perfect spot for vegetarians as the plants are also used in different foods such as Phkali. To get even more intense with the Georgian foods, consider a home-cooked meal, a food tour, or get your hands dirty by taking a Georgian cooking course.